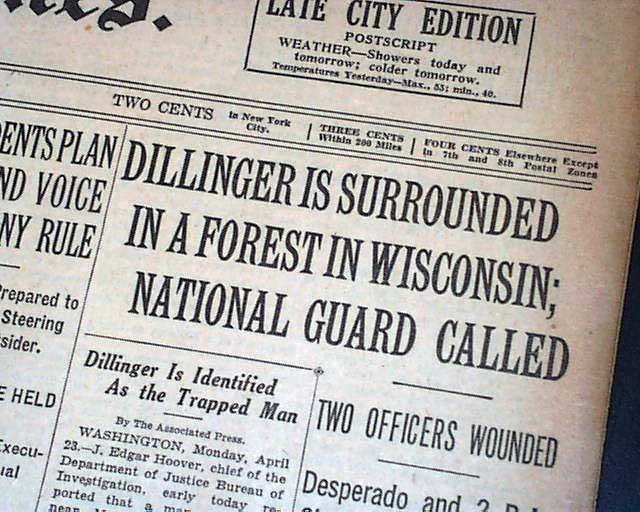 The top of the front page has a two column headline: "DILLINGER IS SURROUNDED IN A FOREST IN WISCONSIN; NATIONAL GUARD CALLED" with subheads. (see) First report coverage on the Little Bohemia Lodge shootout & escape in Wisconsin. Nice to have in this famous NYC title.
Thirty-six pages, some various cutouts throughout including one on the front page (see), but the Dillinger reporting is unscathed, sold as is.