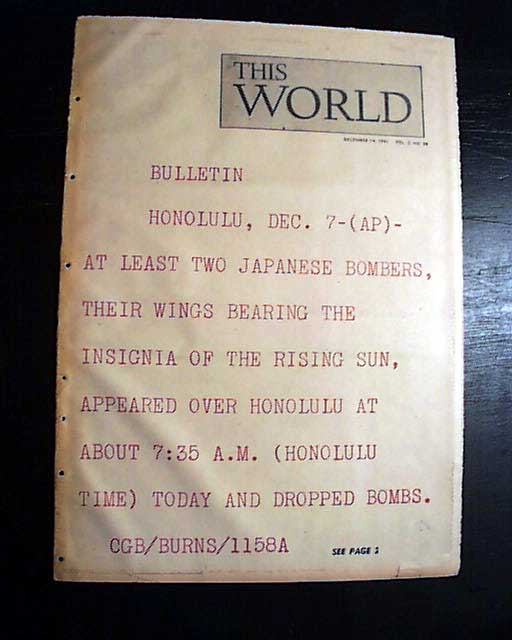 
THIS WORLD, Magazine section of the San Francisco Chronicle, December 14, 1941

The front page of this tabloid size section has a facsimile of the initial bulletin stating that the Japanese is attacking at Honolulu, Hawaii. (see) The following pages has various related photos and map related to this infamous event. Loads of text. This issue is from the following Sunday.
Other topics throughout. Complete magazine with 32 pages, a few small bind holes and a little wear at the spine, generally very nice.