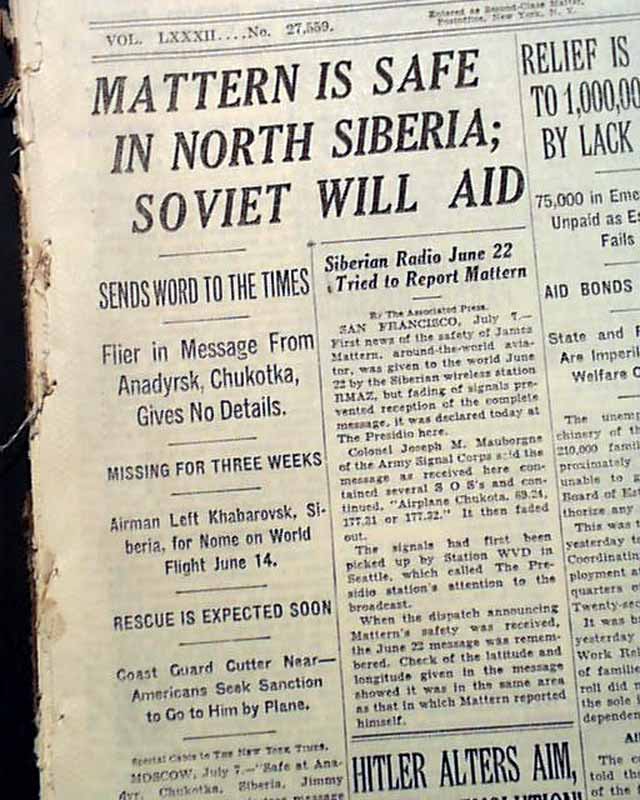 The top of the front page has a two column heading: "MATTERN IS SAFE IN NORTH SIBERIA; SOVIET WILL AID" with subheads. (see) Lengthy text continues inside with 2 related photos. First report coverage on Jimmie Mattern, the American flyer who had disappeared on June 14 while trying to complete the first solo airplane flight around the world, getting out word that he had survived. Mattern, missing for more than three weeks, was able to send a telegram from the Siberian city of Bocharova with the words "Safe at Anadyr, Chukotka, Siberia. Jimmie Mattern."
Other news, sports and advertisements of the day. Complete in 26 pages, this is the rare rag edition that was produced on very high quality newsprint, with a high percentage of cotton & linen content, allowing the issues to remain very white & sturdy into the present. Given the subscription cost, libraries & institutions rather than individuals were the primary subscribers of these high-quality editions. Nice condition.