Home > Back to Search Results > Karl Marx as a newspaper reporter... "Peace or War"
Click image to enlarge 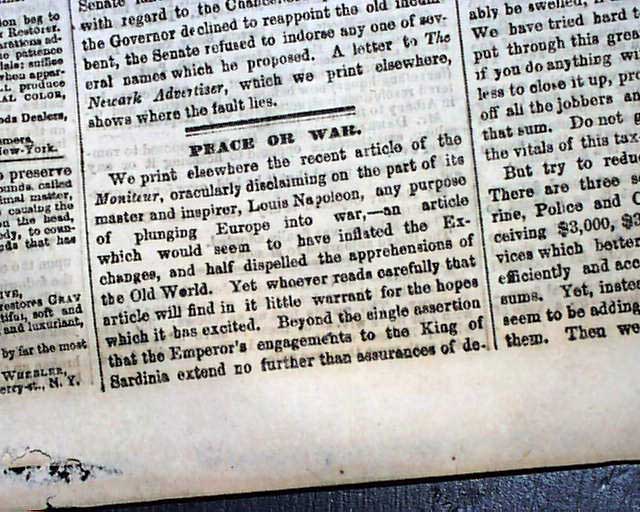 Karl Marx as a newspaper reporter... "Peace or War"

On page 4 there is a 1/2 of a column entitled: "PEACE OR WAR", which is written by Karl Marx.  Although unsigned, it is identified as his writing on the same site - which also prints the text of the article.

Other news of the day accompanied by period advertising is found throughout.

If additional NY Tribunes with articles by Karl Marx & Friedrich Engels are desired, please be in touch.