Home > Back to Search Results > Superman comic strip from the first year of publication...
Click image to enlarge 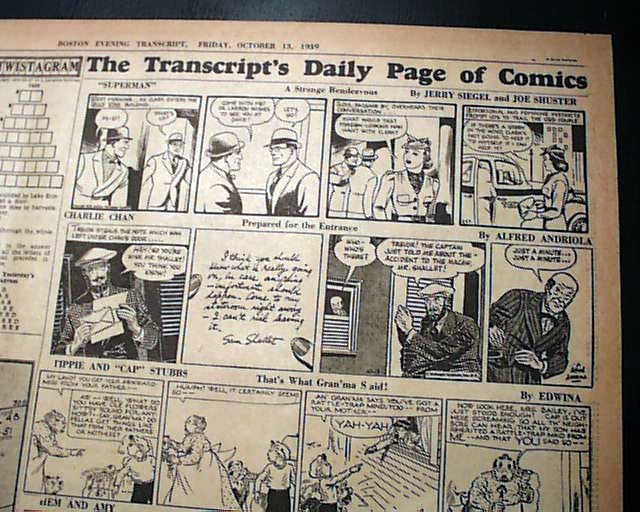 Superman comic strip from the first year of publication...

The feature is a first year printing of the "Superman" daily comic strip, which began in limited newspapers (through the McClure Newspaper Syndicate) on January 16, 1939.
A separate Sunday strip was added on November 5, 1939.  The daily strip had a story-line continuity which was separate from the weekly Sunday comic. These strips ran continuously until May 1966. In 1941, the McClure Syndicate had placed the strip in hundreds of newspapers. At its peak, the strip, featuring Superman, was in over 300 daily newspapers and 90 Sunday papers, with a readership of over 20 million.
This "Superman" strip is the top comic of eight strips on page 19.
The complete 20 page issue, a little margin wear, comic strip is fine.