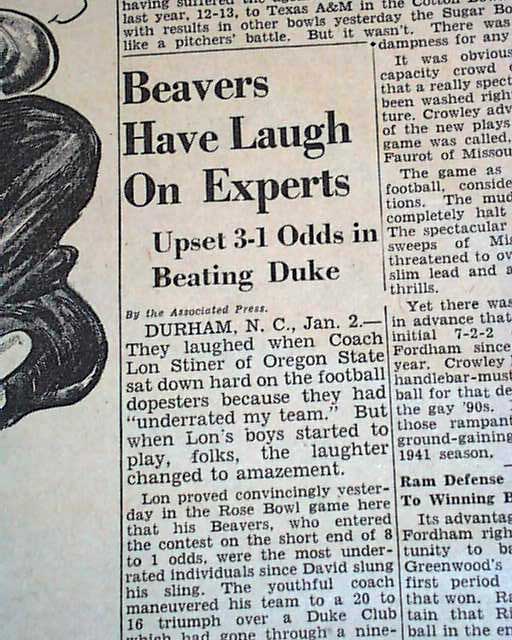 Page 26 has a one column heading: "Beavers Have Laugh On Experts" with subhead: "Upset 3-1 Odds in Beating Duke" The game was played in Durham, North Carolina due to the scare of a Japanese aerial attack at the Rowl Bowl in Pasadena. Much more on other top bowl games.
Much on World War II events of the day. Complete with all 34 pages, light toning and a few archival mends at the margins, small binding holes along the spine, generally good.