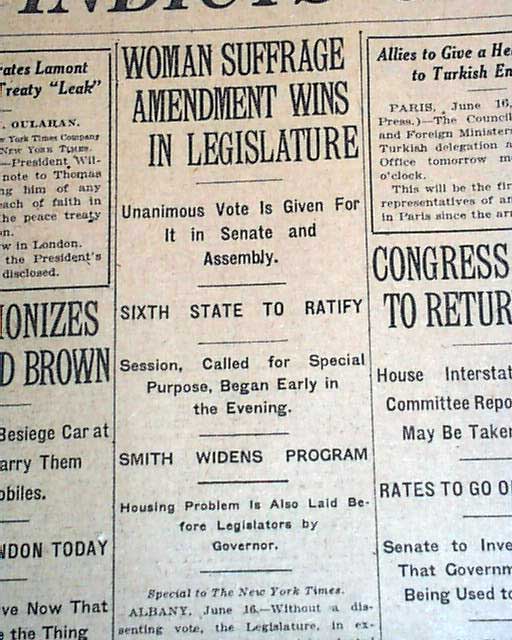 The front page has one column headlines that include: "WOMAN SUFFRAGE AMENDMENT WINS IN LEGISLATURE", "Unanimous Vote is Given For It in Senate and Assembly" "Sixth State To Ratify" and more. (see) First report coverage on the state of New York ratifying the Nineteenth Amendment. Great to have in this famous NYC title. Also much reporting on the "Treaty of Paris" which ended World War I.
Complete in 36 pages, light toning, a little margin wear, generally good. Should be handled with care.