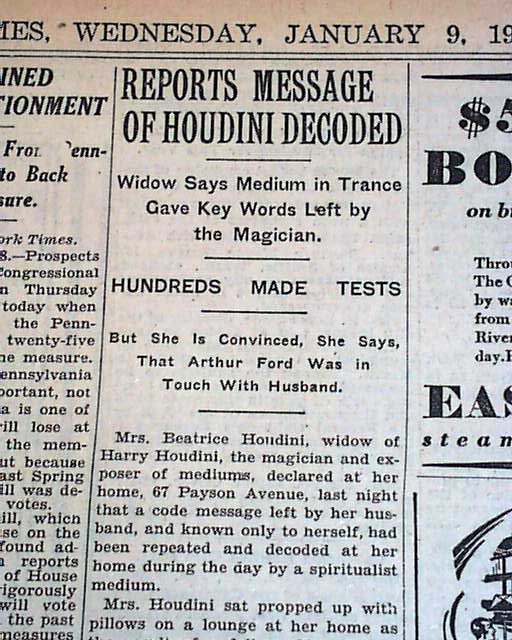 Page 3 has one column headings that include: "REPORTS MESSAGE OF HOUDINI DECODED" "Widow Says Medium in Trance Gave Key Words Left by the Magician" and more (see) Coverage on the claim by the late Harry Houdini's wife that she has contact with him in the after World. I suspect this is one of the few publications to report this particular event as other titles in our inventory do not.
Other news, sports and advertisements of the day. Complete in 64 pages, small binding slits along the spine, generally nice.