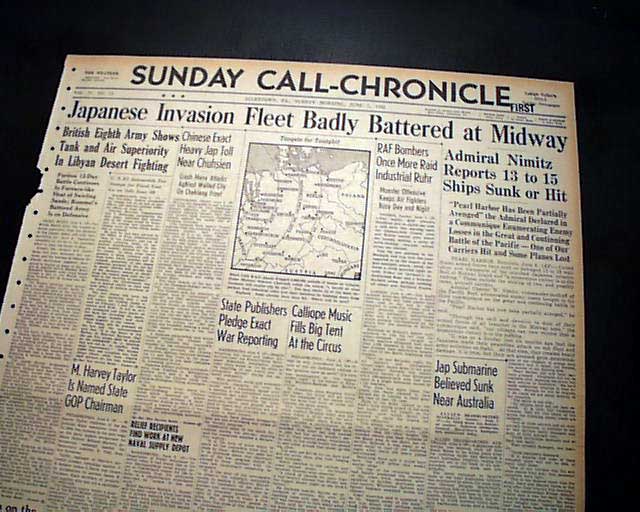 The front page has a banner headline: "Japanese Invasion Fleet Badly Battered at Midway" with subheads. (see) Coverage on the Battle of Midway continues on page 2 so all Midway reporting is present. This key naval fight would turn the tables in favor of the United States vs. Japan. The Gettysburg of World War II ?
Front leaf only (pages 1 & 2), binding holes and a little irregular along the left margin, nice for display as such.