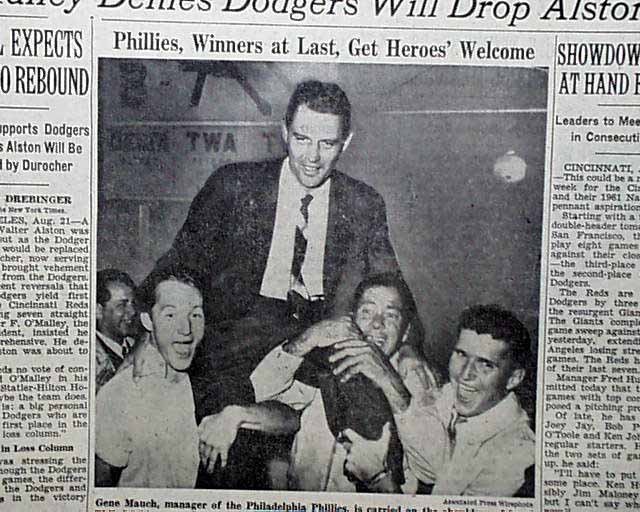 
THE NEW YORK TIMES, August 22, 1961  On page 34 is a three-column wide headline banner "Phillies, Winners at Last, Get Heroes' Welcome" over a 5.25 x 5 inch photo of "Gene Mauch, manager of the Philadelphia Phillies, is carried on the shoulders of loyal Philadelphia fans who waited at Philadelphia's International Airport for team to arrive." Additional text is under the photo. This was in celebration of the Phillies breaking their 23 game losing streak, beating the Braves 7-3 in the second game of a double-header. The Phillies still hold the record for the longest losing streak since 1900.
Other news, sports and advertisements are within.
This is complete in 96 pages with very slight discoloration at the centerfold, otherwise is in very good  condition. Never bound nor trimmed.