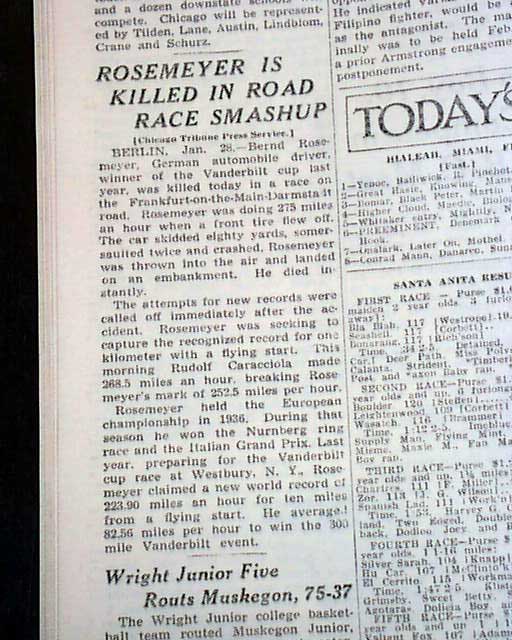 Page 18 has a one column heading: "Rosemeyer Is Killed In Road Race Smashup". (see) First report coverage on German racing driver and SS member Bernd Rosemeyer death. He was killed on the Autobahn while attempting to break the land speed record.
Other news, sports and advertisements of the day. Complete with all 26 pages, rag edition in nice condition. A few small binding holes along the spine.