Home > Back to Search Results > 1938 Howard Hughes' Around the World flight...
Click image to enlarge 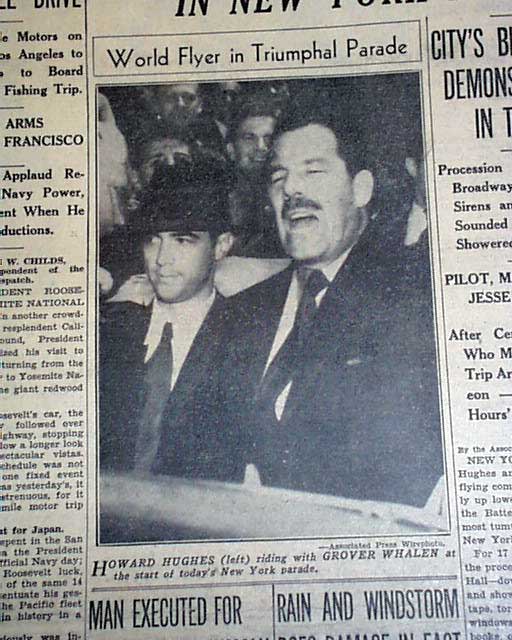 The top of the front page has a three column headline: "HUGHES AND HIS CREW CHEERED BY THOUSANDS IN NEW YORK PARADE" with subheads and related photo. (see) More on page 2.
Complete with 30pages, light toning at the margins, small library stamp within the masthead, some small binding holes along the blank spine, generally nice.