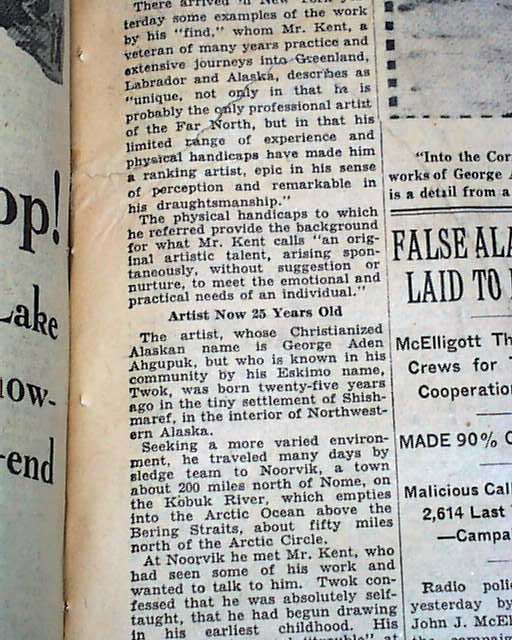 The top of page 21 has a one column heading: "KENT 'DISCOVERS' AN ESKIMO ARTIST" with subheads and photo of George Ahgupuk. Also a three column illustration with heading: "Scene In The Far North Drawn By A Self-Taught Eskimo" (see) Coverage on Eskimo artist George Ahgupuk first being discovered outside his small village in Alaska. I suspect this is one of the few publications to report this particular event as other titles in our inventory do not.
Other news, sports and advertisements of the day. Complete with 38 pages, light toning and very minor wear at the margins, some tape mending on the opposite page of the mentioned report (page 22) (see), generally nice.