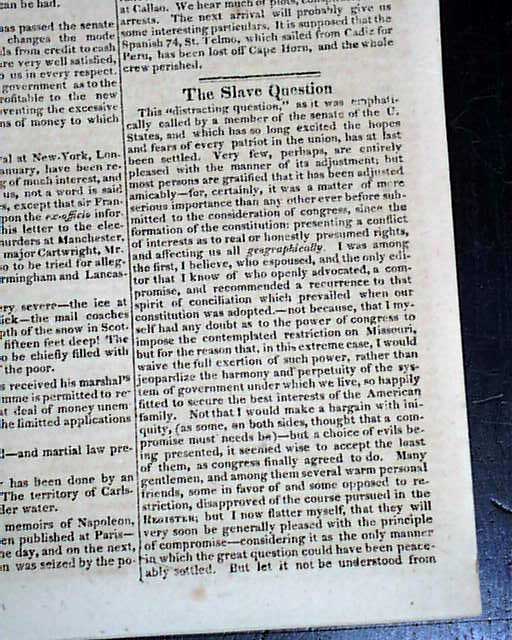 The top of the front page has an article which announces the approval of the Missouri Compromise: "The bills for the admission of Maine and Missouri into the union have been respectively signed by the president of the United States and become laws. The latter without restriction as to slavery, but containing the provision to prevent its further extension, forever, north of 36 1/2 deg. north latitude, except within that state."" (see). The front page also has a nice editorial concerning the Missouri Compromise headed: "The Slave Question", a major issue of the time and would not be resolved before the Civil War over 40 years later. This article carries over to take all of pg. 2 & most of pg. 3.
Of note also is the detailed reporting from the Senate & House of Representatives which provides the backdrop to the vote approving the Missouri Compromise including the alternate motion of selecting which states from the original Louisiana Purchase could permit slavery, as well as the motion to limit slavery to those states south of the 36 1/2 parallel. The detail even includes the complete name list of those who voted for & against the Compromise (vote was 90 to 87). Terrific coverage not typically found in newspapers of the day, but then this title was famous for its detail report of events in Congress.
Elsewhere is a brief item noting: "M. Noah's project of purchasing Grand Island, to be settled by Jews, has been rejected in the legislature by a great majority." This is a notable report concerning Mordecai Noah, who tried to found a Jewish "refuge" at Grand Island in the Niagara River, to be called "Ararat," after Mount Ararat, the Biblical resting place of Noah's Ark. It would become a failed venture (see hyperlink for details).
Sixteen pages, 6 by 9 1/2 inches, minor spine wear, nice condition. 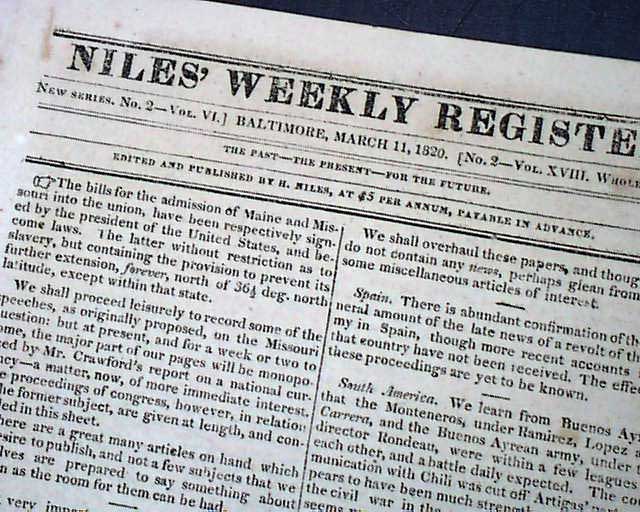 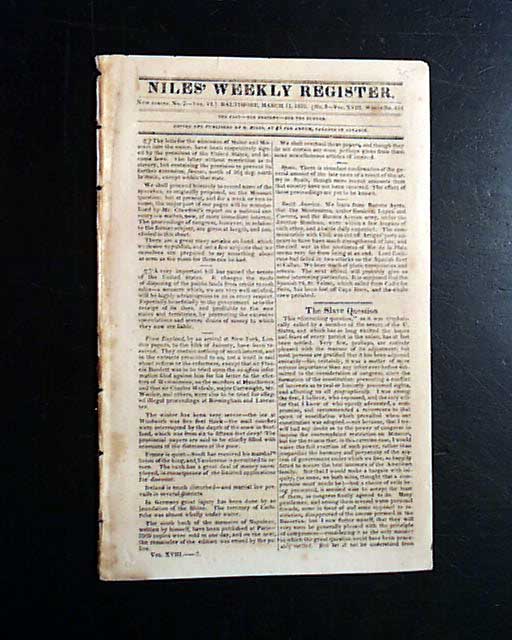 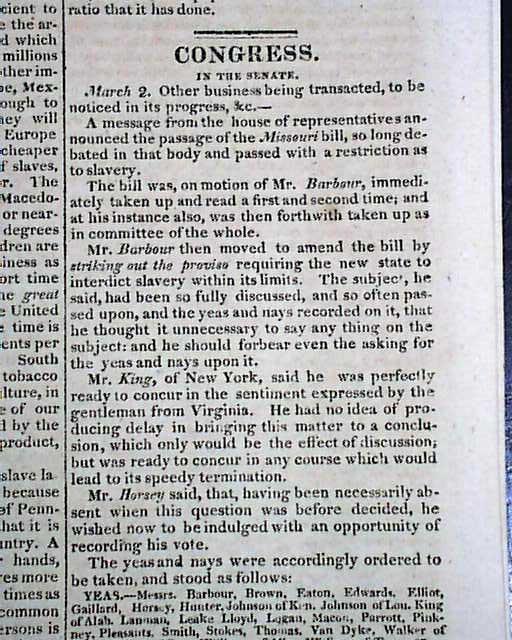 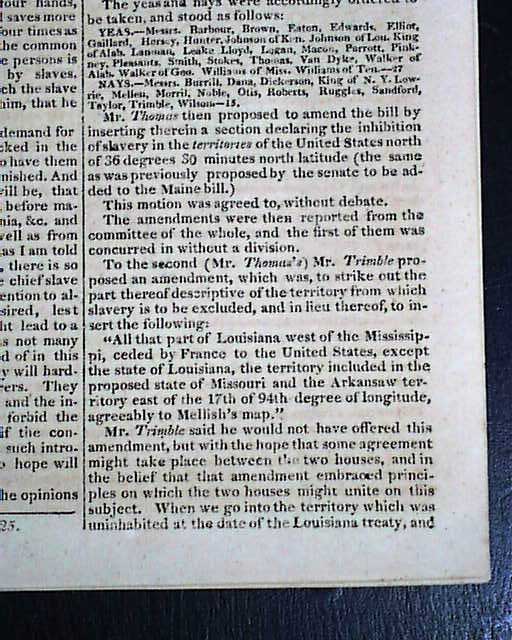 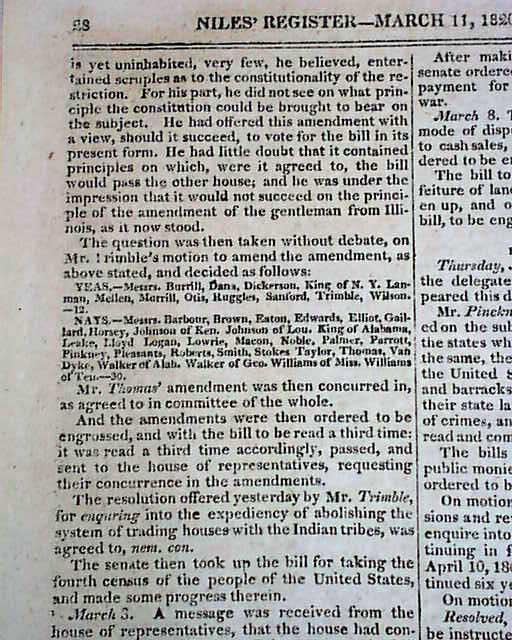 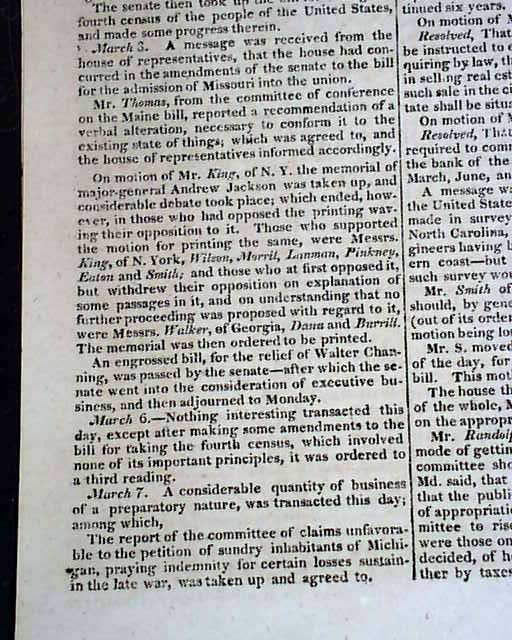 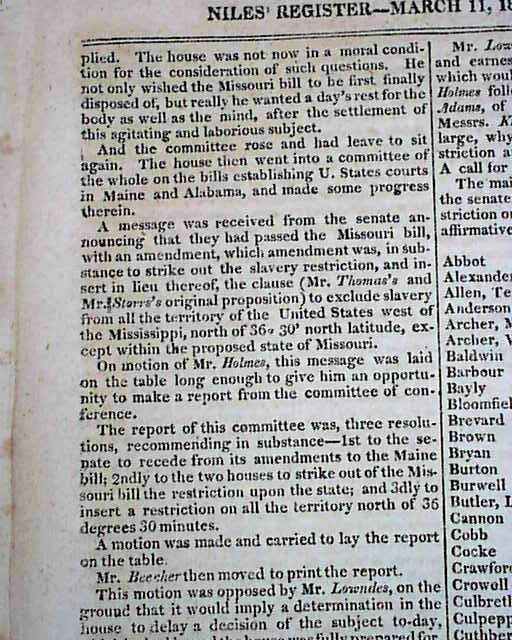 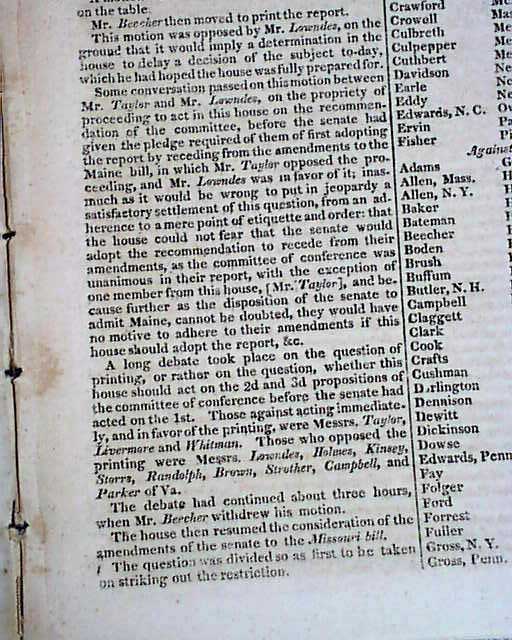 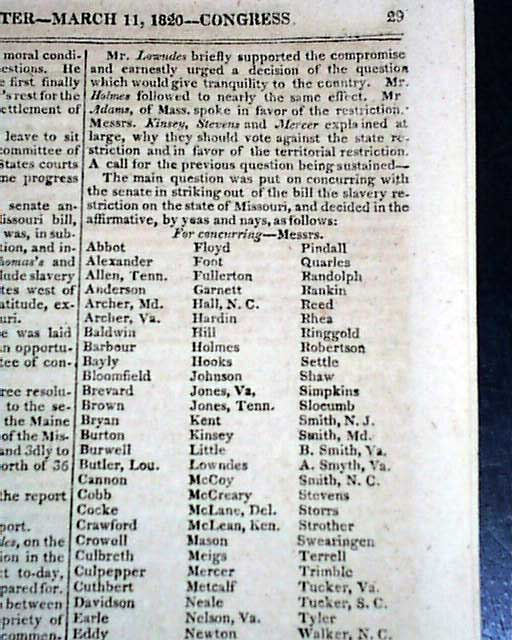 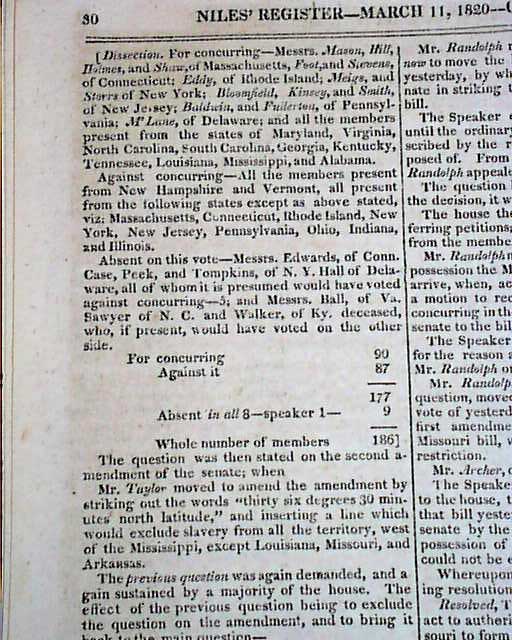 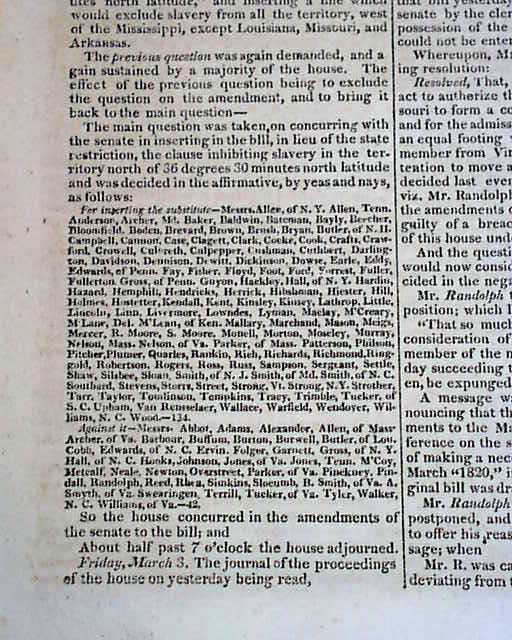 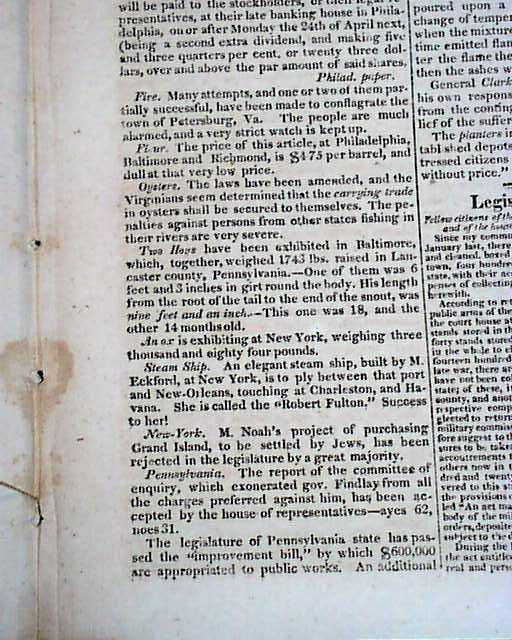