Home > Back to Search Results > The death of Jesse James...
Click image to enlarge 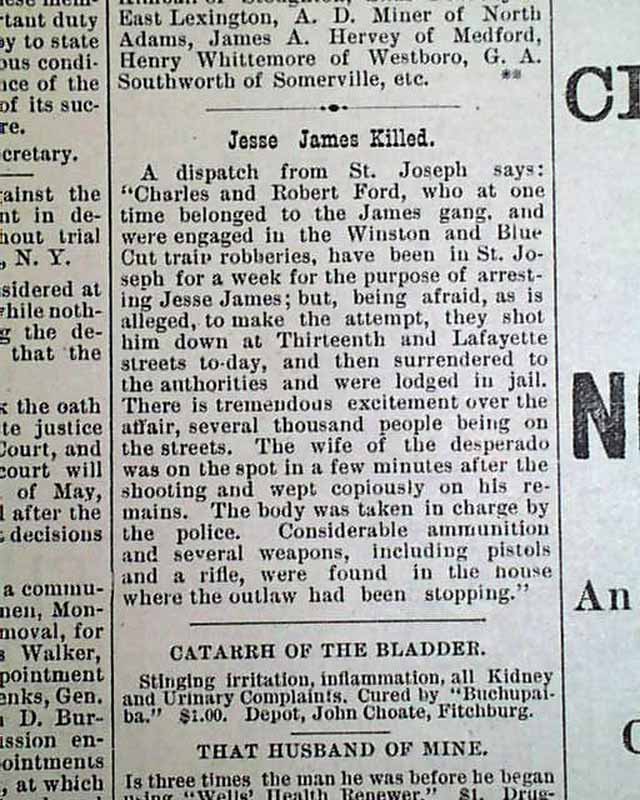 Page two contains a significant report of the shooting of noted outlaw Jesse James by two former James Gang members, Charles and Robert Ford. The report is headed: "Jesse James Killed" and reads in part: "...from St. Joseph says: 'Charles and Robert Ford, who at one time belonged to the James gang...have been in St. Joseph for a week for the purpose of arresting Jesse James...they shot him down...and then surrendered to the authorities & were lodged in jail. There is tremendous excitement over the affair..." with more (see).
A first report, complete in four pages, and in very nice condition.

Black suffrage is politicized in 1868...