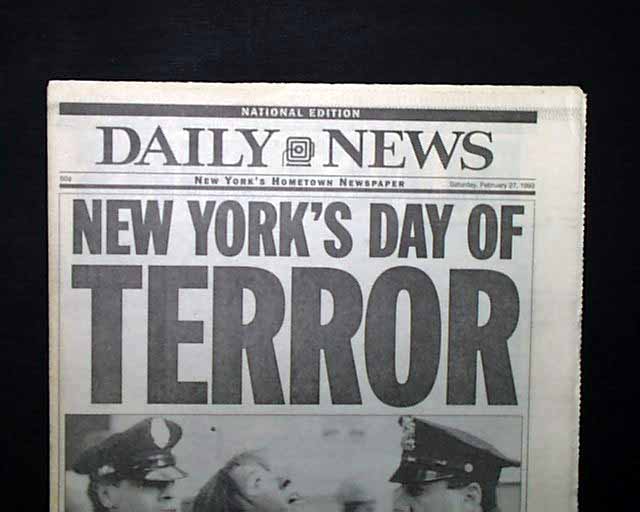 This 32 page newspaper contains news of the day and interesting advertisements throughout including the following featured material: Reports on the 1993 World Trade Center Bombing which was the first act of terrorism against the buildings which failed.

Nice to have from a New York paper. Nice condition.