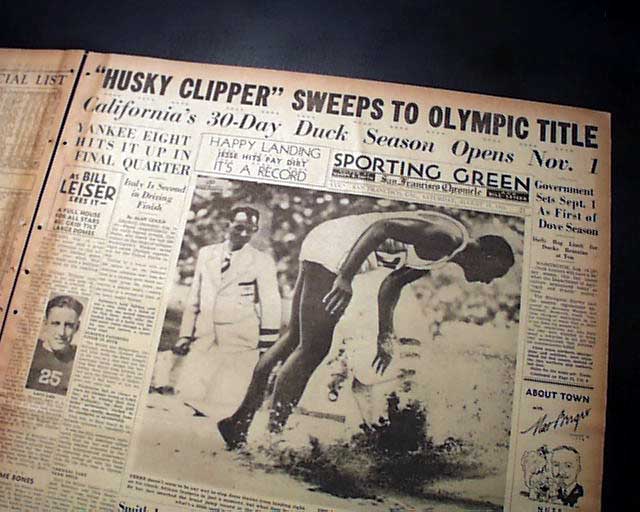 The front page of the sport's section (inside) has a nice banner headline: "'HUSKY CLIPPER' SWEEPS TO OLYMPIC TITLE" with subheads. Also on this page is a nice photo of Jesse Owens landing in the sand during the long jump. (see) More on page 3 with another banner headline and two related photos showing the Huskies crew. First report coverage on the University of Washington Huskies crew winning the gold medal vs. Nazi Germany in the 1936 Summer Olympics in rowing.
Complete with all 30 pages, light toning at the margins, some small binding holes along the spine, small address label on the front page, generally nice.