Home > Back to Search Results > Early boxing w/ many rounds in 1867...
Click image to enlarge 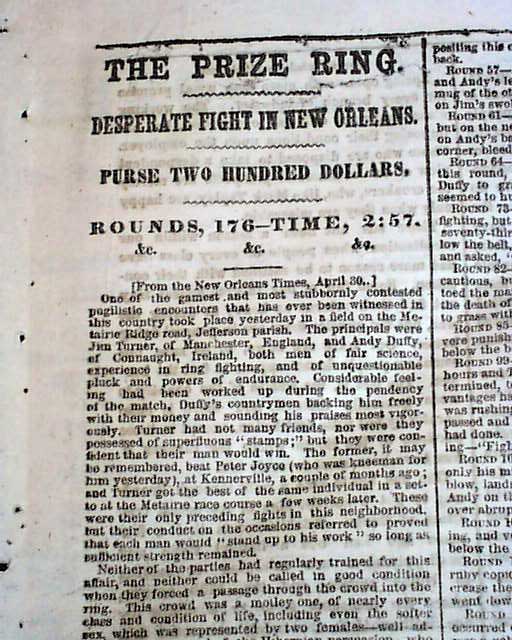 Page 5 has a report headed: "THE PRIZE RING" "Desperate Fight In New Orleans" "Rounds 176--Time 2:57" and more. (see) A very early boxing match that lasted 176 rounds. This was in the bare-knuckle era.
Other news and advertisements of the day during the reconstruction era shortly after the American Civil War. Complete with 12 pages, nice condition.

Cheyenne Indians on the warpath in No...