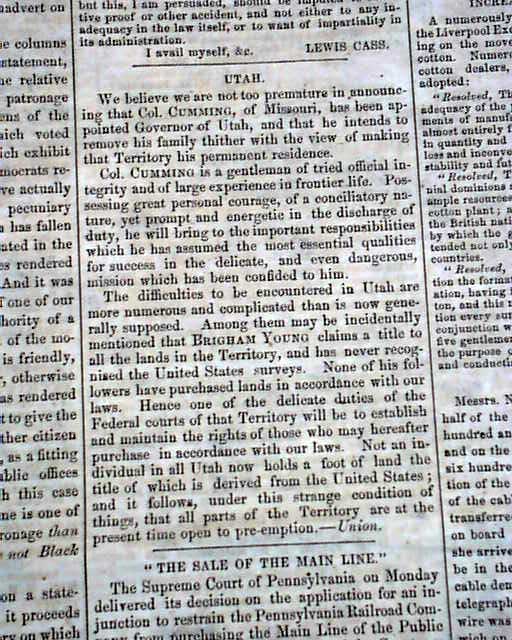 
DAILY NATIONAL INTELLIGENCER, Washington, D.C., June 25, 1857  Page 3 has a report headed: "Utah" which mentions in part: "...announcing that Col. Cumming...has been appointed Governor of Utah...difficulties to be encountered in Utah are more numerous & complicated...Among them may be incidentally mentioned that  Brigham Young claims a title to all the lands in the Territory, and has never recognized the United States surveys..." with more.
Four pages, nice condition. The folder size noted is for the issue folded in half.