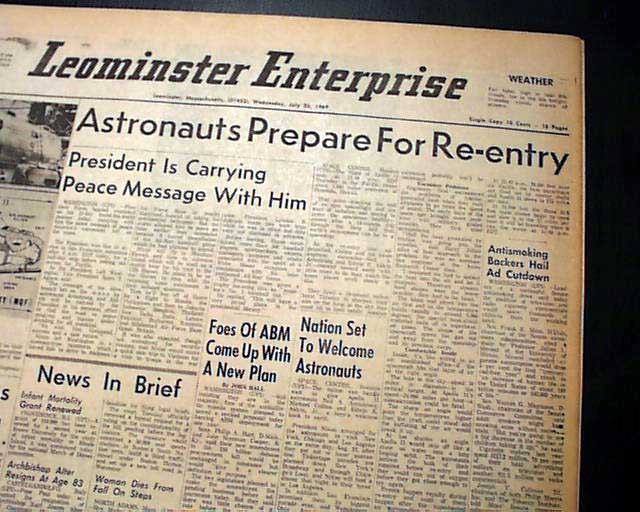 The front page has a six column headline: "Astronauts Prepare For Re-entry" July 21st issues where the ones most people saved which reported the actual landing on the Moon making this issue much more uncommon.
Complete with 18 pages, small binding holes along the spine, otherwise nice.