Home > Back to Search Results > Stop by and visit the President...
Click image to enlarge 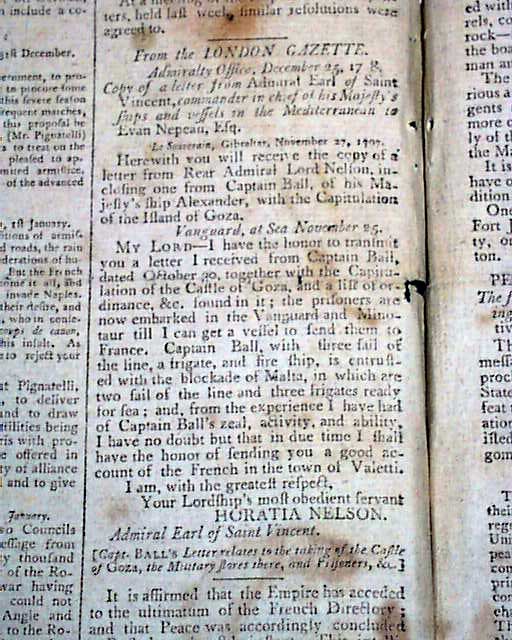 Stop by and visit the President...


THOMAS'S MASSACHUSETTS SPY OR WORCESTER GAZETTE, April 3, 1799  Inside has: "Of Buonaparte and Egypt" "Invasion of Naples" as well as a report from the London Gazette which includes a letter signed by: Horatio Nelson, from on board his ship 'Vanguard'. Page 3 has: "Another Victory" and a report from Boston: "The PRESIDENT of the United States will receive company at his house in Quincy on Tuesday's from 10 o'clock till 2. He will receive visits upon business every day in the week, Sunday excepted."
Four pages, minor foxing, small wear hole at a fold juncture, good condition.