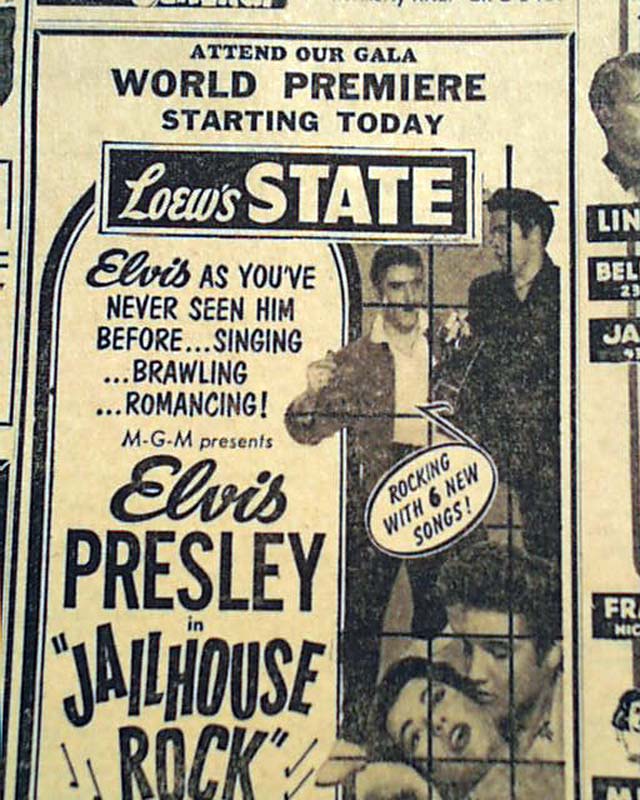 Page 40 has a very interesting advertisement for Elvis Presley's musical drama film, "Jailhouse Rock". This movie debuted in Memphis, Tennessee weeks before it went nationally. This ad is for the day of it's World debut in Memphis. Could this be the earliest ad in a newspaper for this film here ? Of course, this ad can only be found in a Memphis paper making it a very rare item as such. (see) The ad measures 8 x 3 1/2 inches.
Also on the same page is a review on the film headed: "A Presley With More Poise Shown in 'Jailhouse Rock'" with small photo of Elvis. (see)
Other news, sports and advertisements of the day. Complete in 60 pages, some small binding holes along the spine, minor margin wear, generally nice.