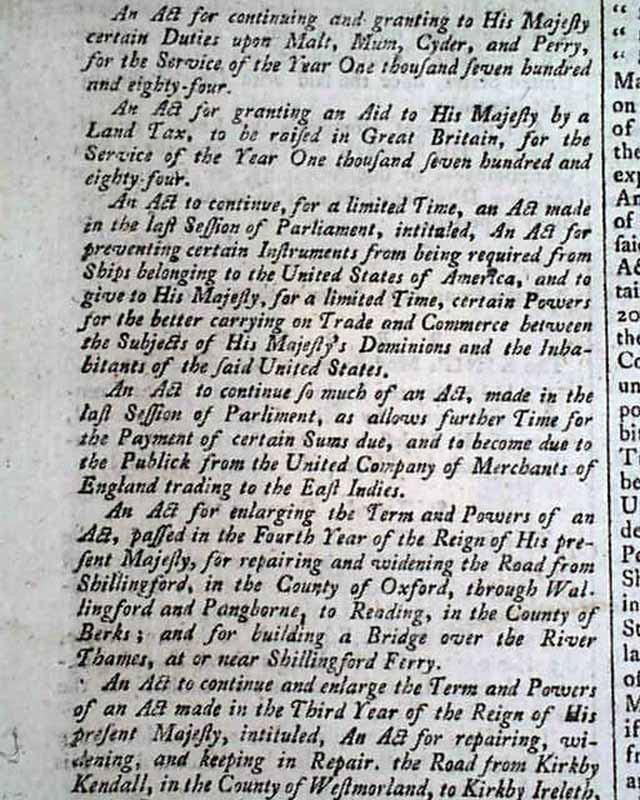 
THE LONDON GAZETTE, England, Dec. 27, 1783  Taking half of the front page & most of page 2 is a complete printing of a document noted in Schlesinger as happening on December 26, and which he describes as a British order in council to permit the importation of American manufactured goods to England on terms as favorable as those of pre-revolutionary days.
The first column has a brief note that the King: "..was pleased to give the Royal Ascent to...An Act to continue...an Act...entitled An Act for preventing certain instruments from being required...& to give to His Majesty, for a limited time, certain Powers for the better carrying on trade & commerce between the Subjects of his Majesty's dominions & the Inhabitants of the said United States..." plus some other Acts of Parliament, which are followed by the lengthy document noted above (see photos for the complete text).
Certainly the very first newspaper to publish this historic document, just one day after it happened,  which restored normal trade relations with America after the Revolutionary War.
Complete in 4 pages, very nice condition.