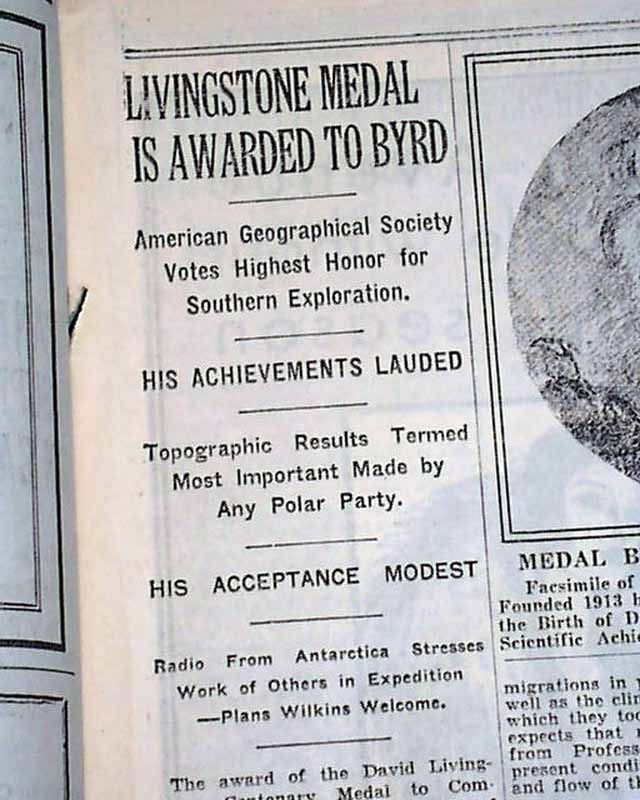 Page 3 has a one column headings: "LIVINGSTONE MEDAL IS AWARDED TO BYRD" "American Geographical Society Votes Highest Honor for Southern Exploration" "His Achievements Lauded" and more with photo of the medal. (see)
Other news, sports and advertisements of the day. Complete in 60 pages, rag edition in great condition.