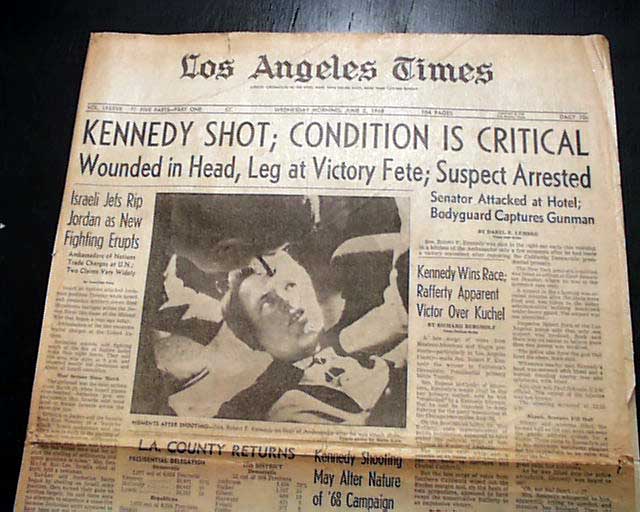 It is always nice to have a historical event from the city where it happened such as this. The front page has a banner headline: "KENNEDY SHOT; CONDITION IS CRITICAL; Wounded in Head, Leg at Victory Fete; Suspect Arrested" with subhead and related photo. (see) A very early, same day report here when he was still alive in stable condition.
Incomplete issue containing the front and back leafs of the 1st section only (4 pages total), light toning and minor wear at the central fold with a few small archival mends on page 2, nice for display as such.