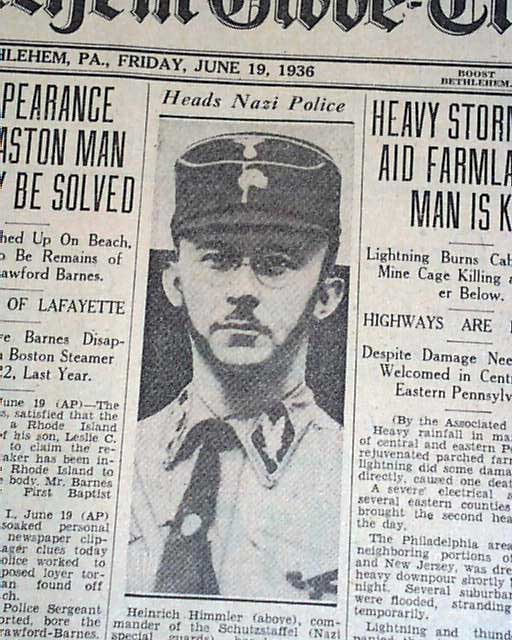 The front page has a one column photo of Heinrich Himmler with caption: "Heads Nazi Police" with brief text underneath. (see)
Himmler was one of the most powerful men in Nazi Germany and one of the persons most directly responsible for the Holocaust. As overseer of the concentration camps & extermination camps, Himmler coordinated the killing of some six million Jews. Many prisoners of war, and possibly another three to four million Poles, communists, or other groups whom the Nazis deemed unworthy to live. (credit Wikipedia) Historic report on the rise of the Nazi Party here.
Other news, sports and advertisements of the day. Complete in 28 pages, a few small binding slits along the spine, generally nice.