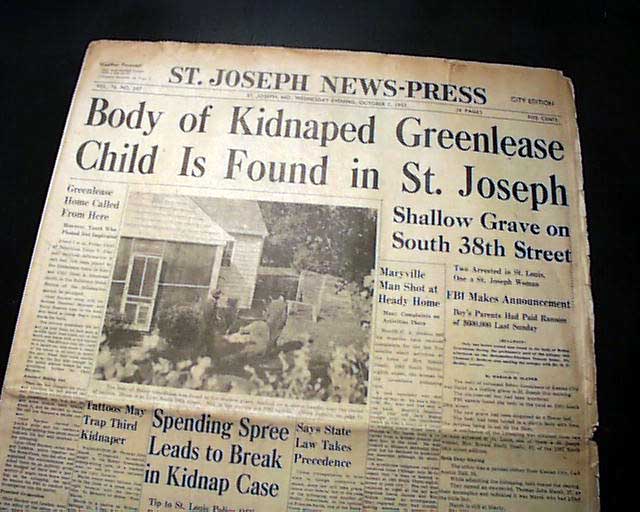 The top of the front page is a nice banner headline: "Body of Kidnapped Greenlease Child Is Found in St. Joseph" with subheads and a few related photo. (see) More inside. First report coverage on the kidnapping & murder of Bobby Greenlease. Great to have from the city where he was buried and found. Very rare as such.
Complete with 28 pages, minor wear at the central fold and margins, generally nice.