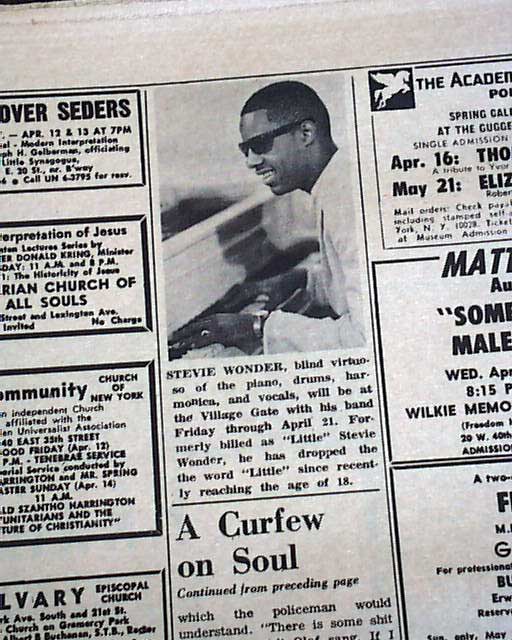 
THE VILLAGE VOICE, New York, April 11, 1968  As most might be aware "The Village Voice" was an American news and culture paper, known for being the country's first alternative newsweekly. It introduced free-form, high-spirited, and passionate journalism into the public discourse a tradition it maintained throughout its 60+ year history.
This issue has many pages and articles concerning the death & funeral of Martin Luther King. Additionally, there are 3 items concerning "Little Stevie Wonder", one noting he is dropping the "Little" now that he recently turned 18 years of age. And of special interesting is an ad for the: "Preview Tonite" HAIR" The American Tribal Love-Rock Musical" off Broadway at the Biltmore Theatre.
Complete in 64 pages, tabloid-size, folded at the center, nice condition.