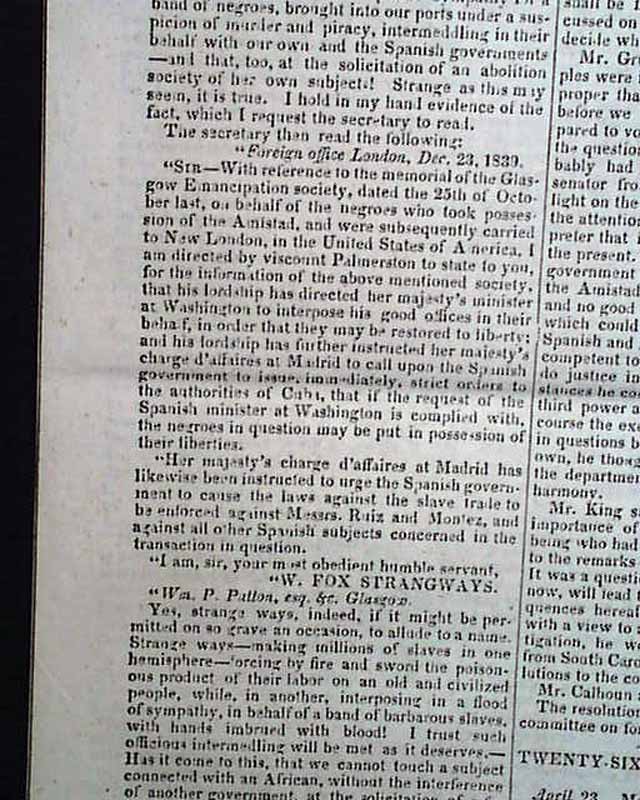 Inside has a report from London concerning the slaves on board the ship Amistad (subject of a Stephen Spielberg movie of the same name) noting: "...the Glasgow Emancipation society...on behalf of the negroes who took possession of the Amistad & were subsequently carried to New London...to interpose...in their behalf in order that they may be restored to liberty..." with much more, including a responding letter with the Amistad text taking over a full column.
Sixteen pages, 8 1/2 by 12 inches, great condition.