Home > Back to Search Results > Court decision in the Amistad case...
Click image to enlarge 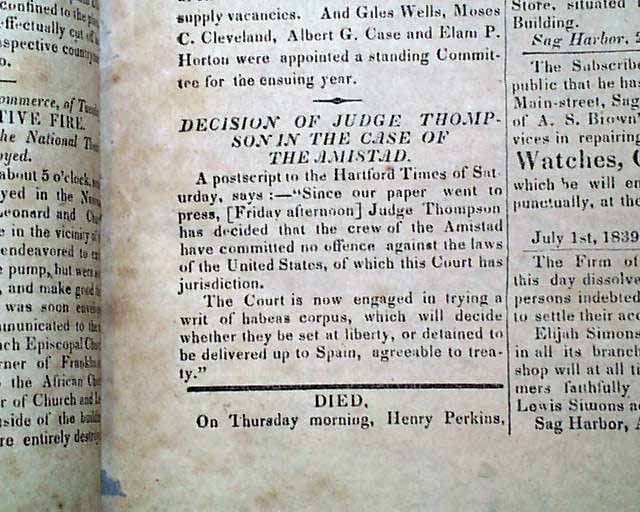 Court decision in the Amistad case...

The bottom of page 3 has a very historic report on the Amistad slave ship case, headed: "Decision of Judge Thompson In The Case of The Amistad" which reports: "...Judge Thompson has decided that the crew of the Amistad have committed no offence against the laws of the United States, of which this Court has jurisdiction. The Court is now engaged in trying a writ of habeas corpus, which will decide whether they be set at liberty, or detained to be delivered up to Spain, agreeable to treaty."
This slave ship case was the subject of a 1997 film "Amistad" by Stephen Spielberg.
Four pages, never bound nor trimmed, archival repair at the blank spine, good condition.