Home > Back to Search Results > Defending freedom and liberty...
Click image to enlarge 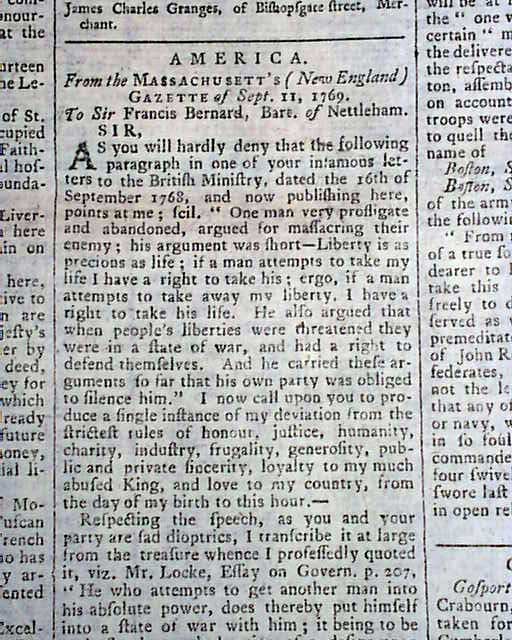 
THE LONDON CHRONICLE, England, Nov. 7, 1769  Page 2 has a lengthy letter by Thomas Young to Sir Francis Bernard which has much on the defence of freedom and liberty. One bit notes: "...his argument was short--Liberty is as precious as life; if a man attempts to take my life I have a right to take his; ergo, if a man attempts to take away my liberty, I have a right to take his life. He also argued that when people's liberties were threatened they were in a state of war, & had a right to defend themselves..." and much more.
This is followed by a letter from James Otis concerning his argument with John Robinson, a rather famous incident which lead to a beating (see).
Eight pages, 8 by 11 1/4 inches, very nice condition.