Home > Back to Search Results > Washington Proclamation on coinage...
Click image to enlarge 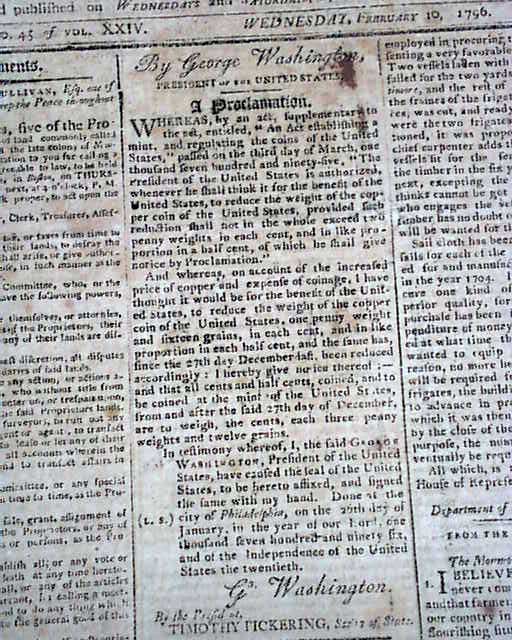 At the top of the front page and taking almost half a column is "A Proclamation" for reducing the weight of the copper cent and half cent due to the increased price of copper. It is signed in script type by the President: Go. Washington.
This is a significant numismatic item which also reduced slightly the size of these two coins at the time, and great to have a Washington Proclamation on the front page.
Four pages, various foxing, and some minor chipping at the right margin which does not affect any text.