Home > Back to Search Results > A battle with the Fenians in Canada...
Click image to enlarge 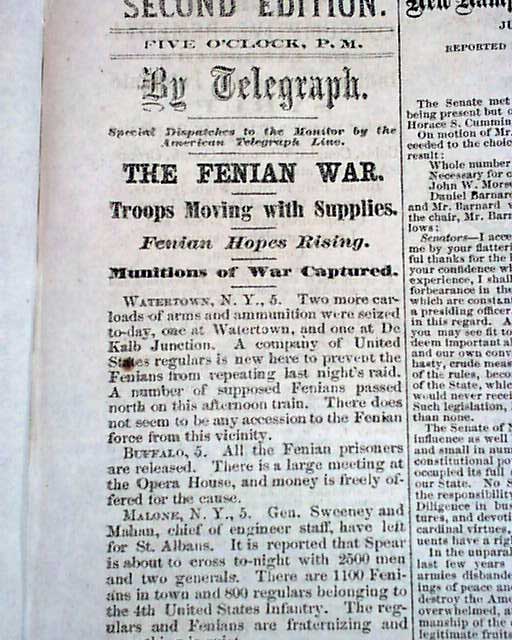 A battle with the Fenians in Canada...


CONCORD DAILY MONITOR, New Hampshire, June 6, 1866  page 3 has fine coverage of the Battle of Ridgeway, heads noting; "THE FENIAN WAR" "Troops Moving with Supplies" "Fenian Hopes Rising" "Munitions of War Captured".
This battle was fought in the vicinity of Fort Erie across the Niagara River from Buffalo, New York, on June 2, 1866, between Canadian troops and an irregular army of Irish-American invaders, the Fenians. It was the largest engagement of the Fenian Raids, the first modern industrial-era battle to be fought by Canadians and the first to be fought only by Canadian troops and led exclusively by Canadian officers.
Four pages, very nice condition.