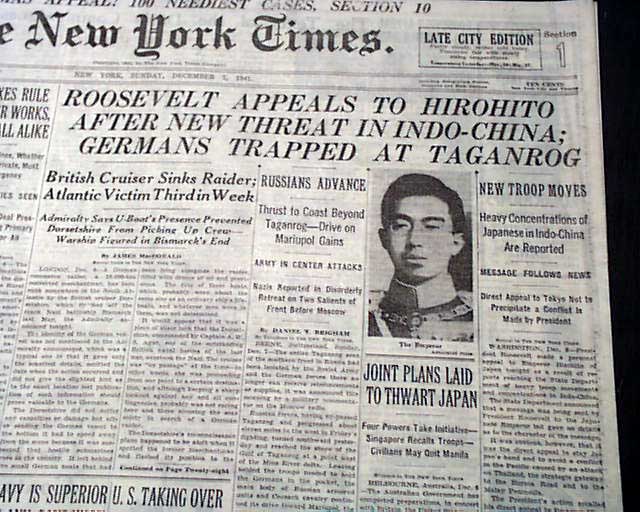 The day Pearl Harbor was attacked....

The top of the front page has a five column headline: "ROOSEVELT APPEALS TO HIROHITO AFTER NEW THREAT IN INDO-CHINA" with subheads. (see) Were the Japanese carrier airplanes on there way when this issue was published ?
INCOMPLETE ISSUE containing the first 6 pages (loose at the spine) of the 1st section only, rag edition in nice condition.