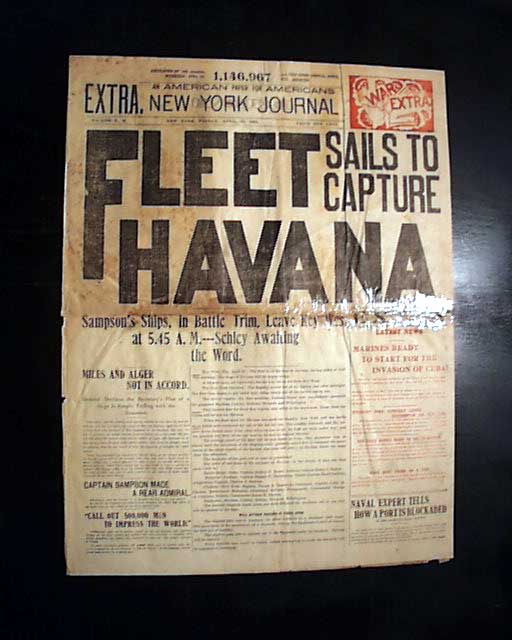 The front page has terrific banner headline: "FLEET SAILS TO CAPTURE HAVANA" with subheads concerning the beginning of the Spanish-American War. This was a result of Spain breaking off diplomatic relations with the United States and ejected the American ambassador.
Incomplete issue containing the front and back leafs only (pages1,2 & 11,12), wear and tape mending along the central fold, some light staining, a little spine wear, great for display as such.