Home > Back to Search Results > Battle of Guadalcanal ends in 1943...
Click image to enlarge 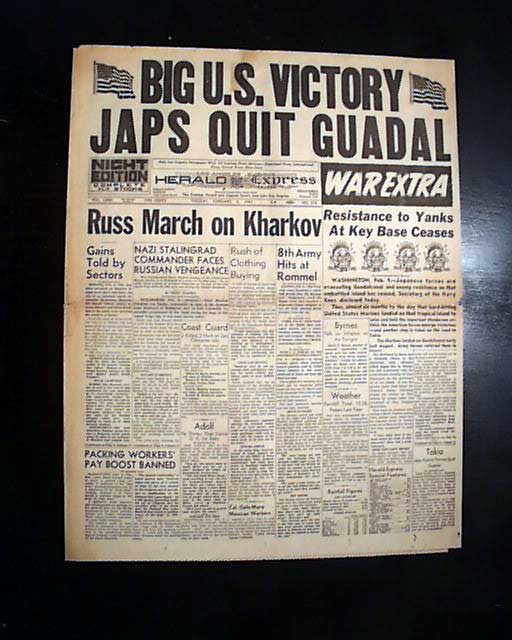 The front page has a terrific banner headline above the masthead: "BIG U.S. VICTORY JAPS QUIT GUADAL" with subhead. Nice for display.
Incomplete issue containing the front and back leafs only (4 pages total), minor wear along the central fold, great for display as such.

wikipedia notes: The Guadalcanal Campaign, also known as the Battle of Guadalcanal, was fought between August 7, 1942, and February 9, 1943, in the Pacific theater of World War II. Fought on the ground, at sea, and in the air, this was a strategically significant, and decisive, campaign which pitted Allied forces against Imperial Japanese forces. The fighting took place on and around the island of Guadalcanal in the southern Solomon Islands, and was the first major offensive launched by Allied forces against the Empire of Japan.