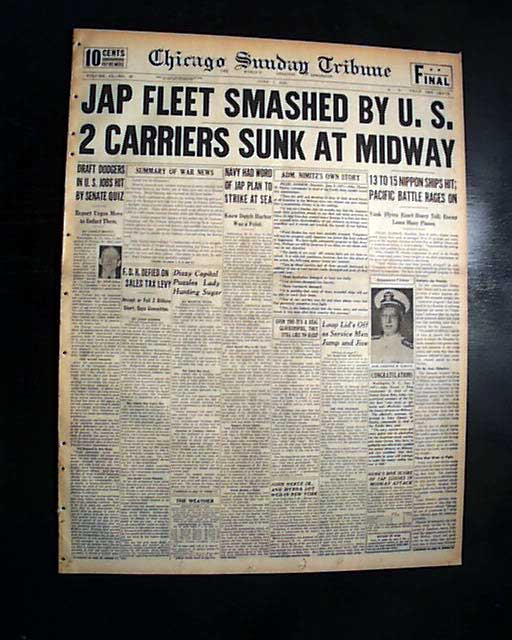 The front page has a great headline announcing: "JAP FLEET SMASHED BY U. S.; 2 CARRIERS SUNK AT MIDWAY" with subheads and photo of Admiral Nimitz. Nice for display. More on page 8. Coverage on the Battle of Midway. This key naval fight would turn the tables in favor of the United States vs. Japan. The Gettysburg of World War II ?
Complete with 50+  pages, light toning at the margins, some small binding holes along the spine, generally very nice.