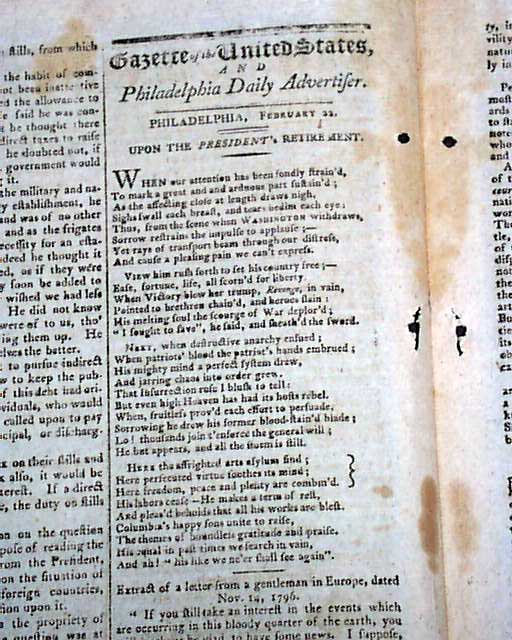 
GAZETTE OF THE UNITED STATES & PHILADELPHIA DAILY ADVERTISER, Feb. 22, 1797  Page 3 has a poem: "Upon The President's Retirement".
Page 3 has an address of the militia of Penna. "To George Washington, President of the United States of America" on his pending retirement, one bit noting: "...mingling an expression of extreme regret at the approaching close of your political life...". This is followed by Washington's response to them, signed in type: Go. Washington.
Four pages, wide never-trimmed margins, very nice condition.