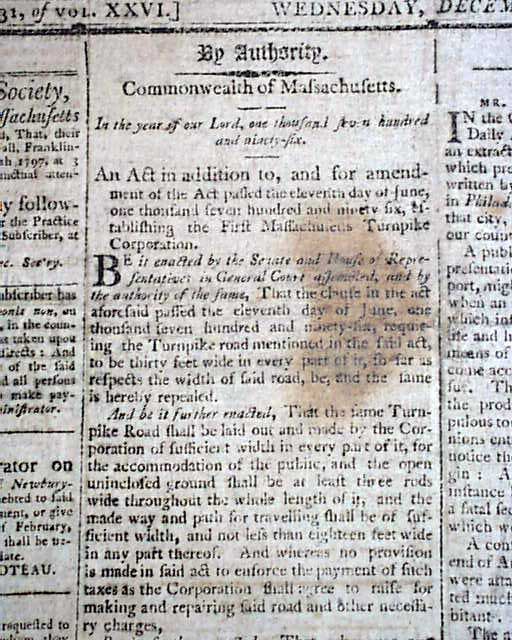 The front page has four Acts of the Massachusetts legislature, each signed in type by the governor: Samuel Adams. Page 2 has a lengthy address to the President being the Senate's response to the state-of-the-union address, signed: John Adams. This is then followed by: "The Following is the Reply of the President" which is signed: George Washington.
Page 2 also has a chart of "Votes for President" by state, showing Adams in the lead with 69.
Four pages, damp staining & irregular at the right margin causes some text loss, including some letters in the John Adams item.