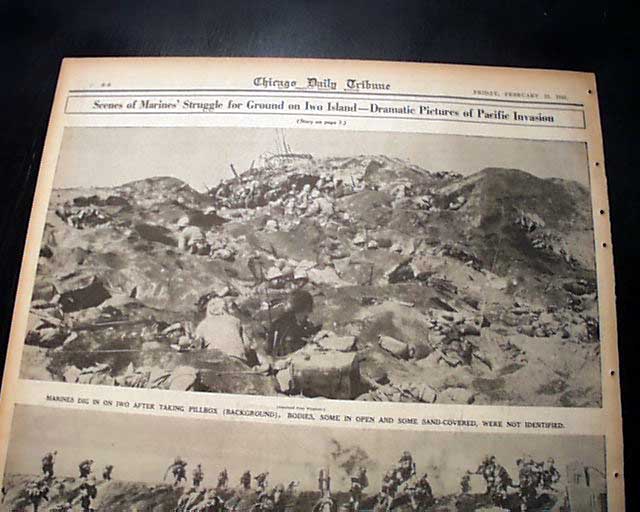 The front page has a nice banner headline announcing: "YANKS WIN VOLCANO ON IWO" with subheads. Nice for display. Text on the front page includes: "The United States flag was raised on the crater's rim at 10:35 a.m. by the 28th regiment...." Related photo and map on page 2. The full back page has three terrific photos probably taken shortly before the flag planting. Also nice for display. (See) Always nice to have notable events in history reported in this World famous publication.
Complete with all 30 pages, light toning at the margins, small address stamp within masthead, some small binding holes along the spine, generally nice.