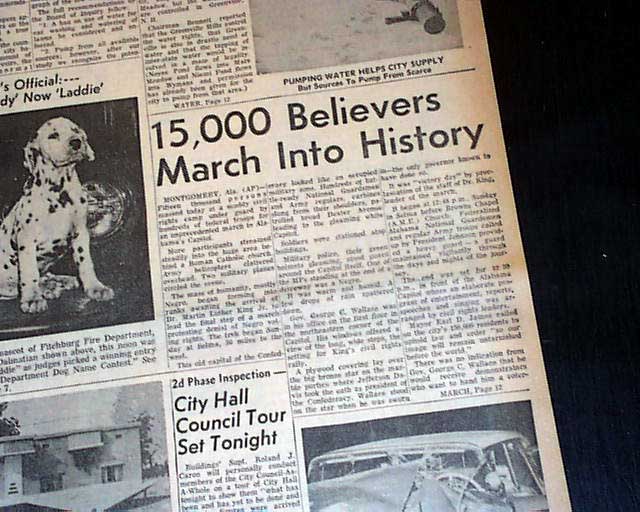 The front page has a three column heading: "15,000 Believers March Into History" (see) First report coverage on the 3rd and final march that finally ended in success at Montgomery, Alabama. Rosa Parks is mentioned as one of the marchers up near the front. (see)
Complete in 28 pages, light toning at the margins, nice condition.