Home > Back to Search Results > Reports of Shays' Rebellion in Massachusetts...
Click image to enlarge 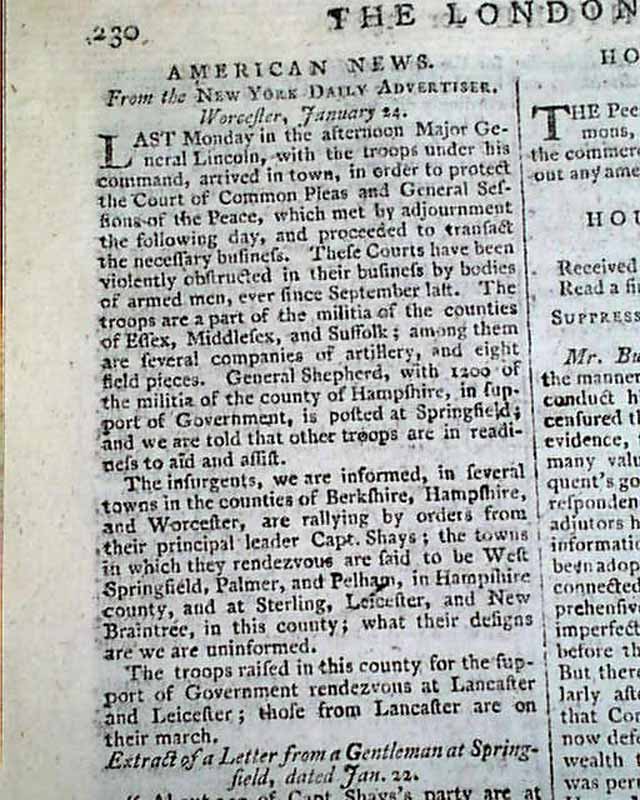 Reports of Shays' Rebellion in Massachusetts...

An inside page has most of the first column taken up with content concerning: "American News" including reports on Shays' Rebellion: "...The insurgents, we are informed, in several towns in the counties of Berkshire, Hampshire & Worcester, are rallying by orders form their principal leader Capt. Shays..." with more, and a letter from Springfield includes: "About 250 of Capt. Shays's party are at West Springfield...Shays's guard at West Springfield...were so very inconsiderate as to stab two men..." and more. Also a report from New York (see).
Eight pages, never bound nor trimmed, 9 by 12 inches, very nice condition.