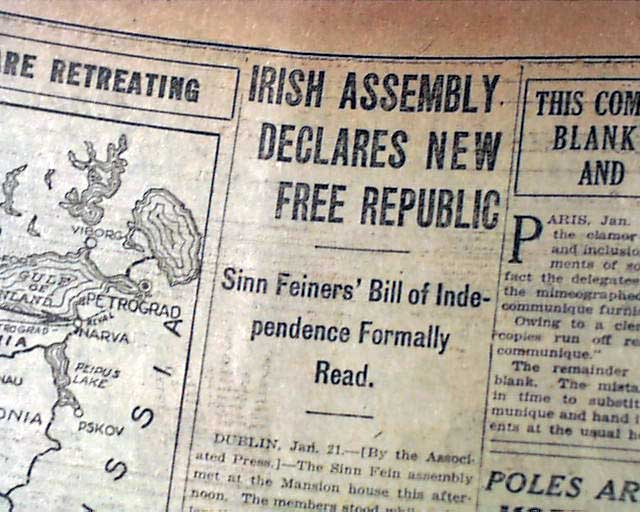 The top of page 2 has a one column heading: "IRISH ASSEMBLY DECLARES NEW FREE REPUBLIC" with subhead. (see)
Complete with all 24 pages, light toning at the margins and central fold with a little wear, a few small tape mends on the front page, otherwsie good.

wikipedia notes: In the 1918 general election, Sinn Féin won 73 of Ireland's 105 seats, and in January 1919, its MPs assembled in Dublin and proclaimed themselves Dáil Éireann, the parliament of Ireland. 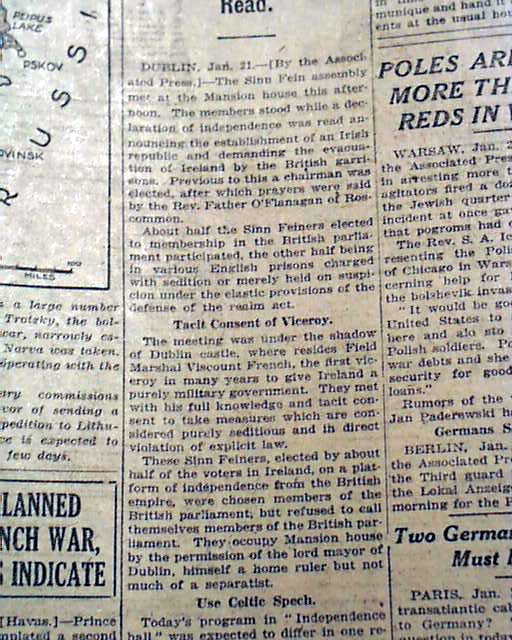 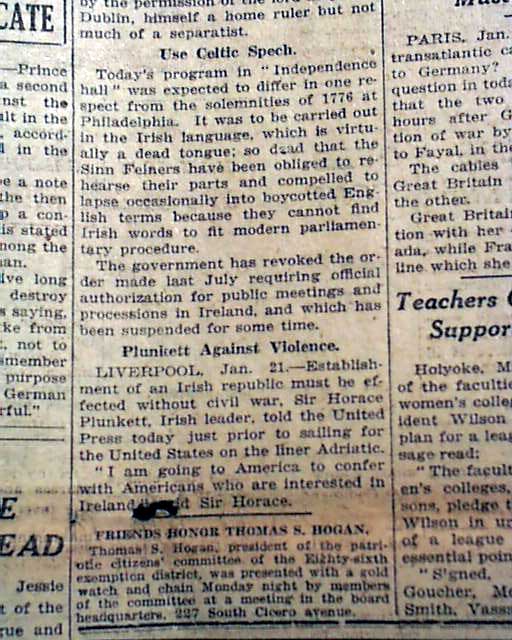 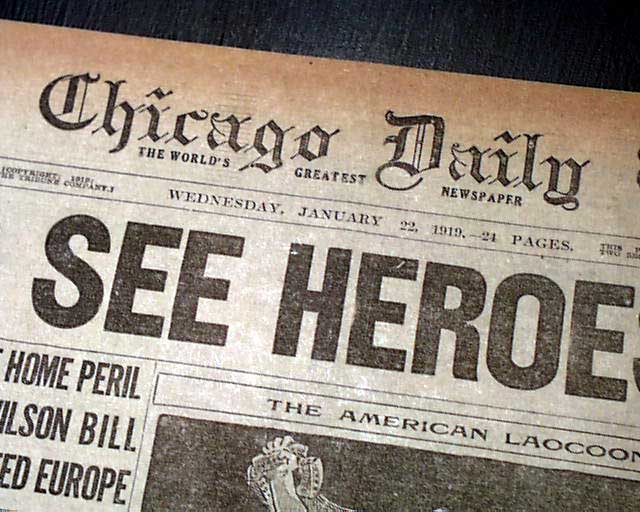 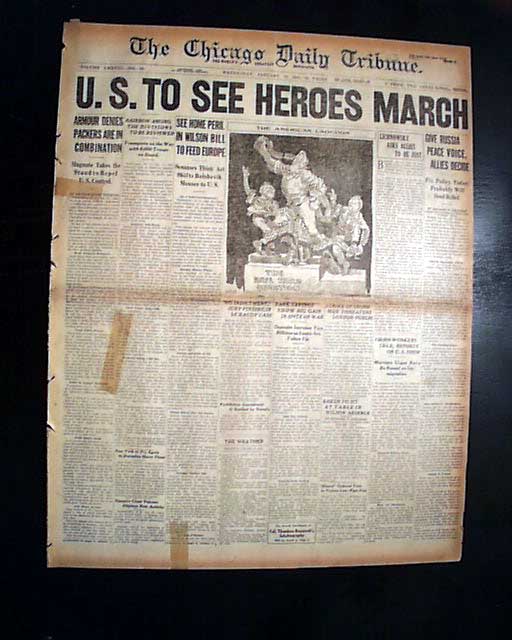