Home > Back to Search Results > 1941 bombing of Pearl Harbor...
Click image to enlarge 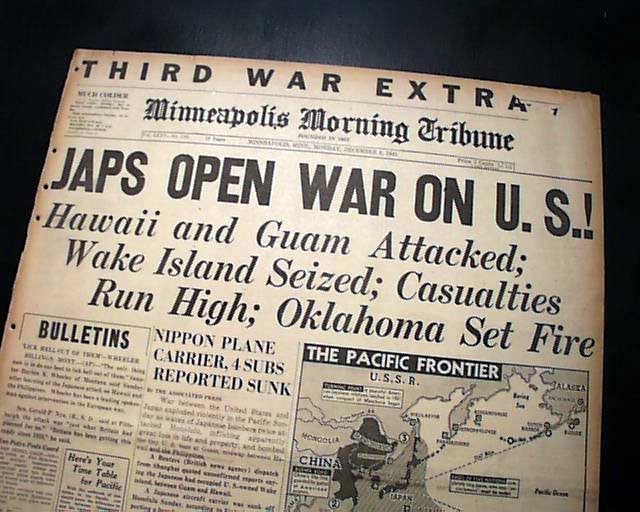 The front page has the announcement of the war on the United States by Japan with banner headline "JAPS OPEN WAR ON U. S.!; Hawaii and Guam Attacked; Wake Island Siezed; Casualties Run High; Oklahoma Set Fire" with subheads and related map.
Eighteen pages, light toning and some wear at the margins with small tears, a few tape mends near the bottom of the ftpg., nice for display as such.