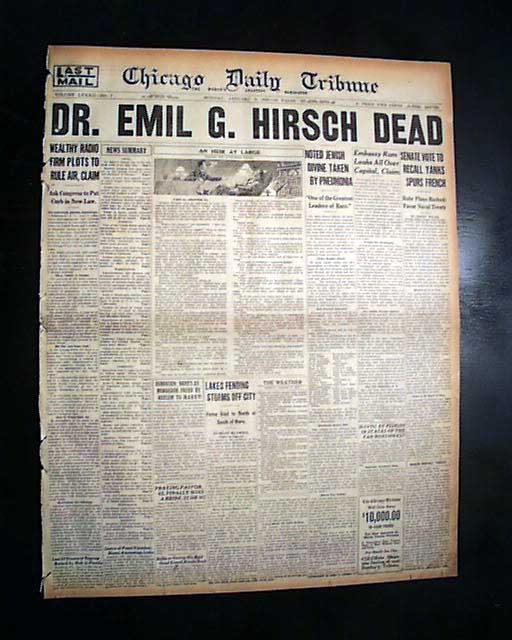 The front page has a great banner headline: "DR. EMIL G. HIRSCH DEAD" with subheads. (See) Nice for display. First report coverage continues on page 6 with related photo. Great to have from city where he lived and died. Very rare as such.
Complete with all 32 pages, light toning and a little wear at the margins, more so along the spine, generally in good condition.