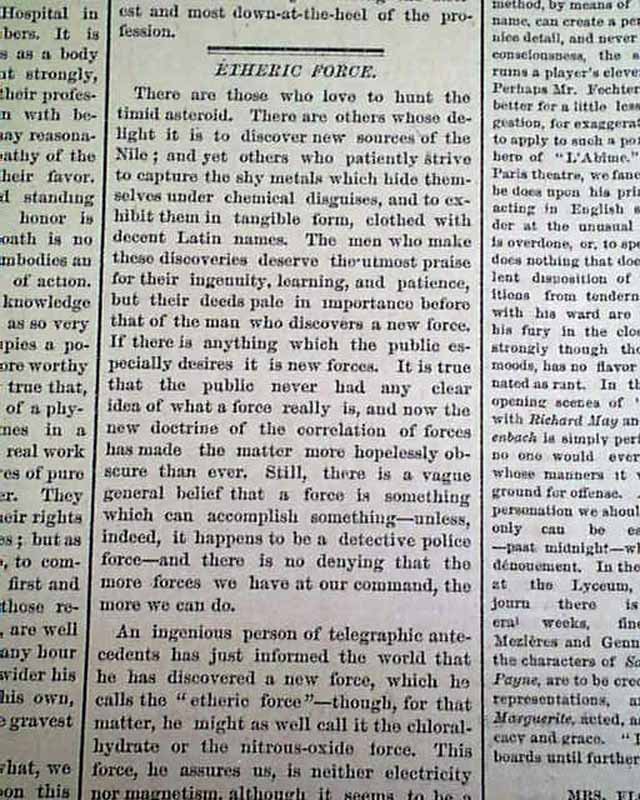 Page 4 has most of a column taken up with: "Etheric Force" which notes in part: "...an ingenious person of telegraphic antecedents has just informed the world that he has discovered a new force, which he calls the 'etheric force'...This force, he assures us, is neither electricity nor magnetism, although it seems to be a sort of second cousin of the one...".
This "ingenious person" was in fact Thomas Edison, and the "etheric force" he discovered was in fact radio waves. See the hyperlink for much more on this. This was from relatively early in Edison's career so he was not the household name he would become in another decade.
Eight pages, light toning and minor wear at the margins, generally good. Should be handled with care.