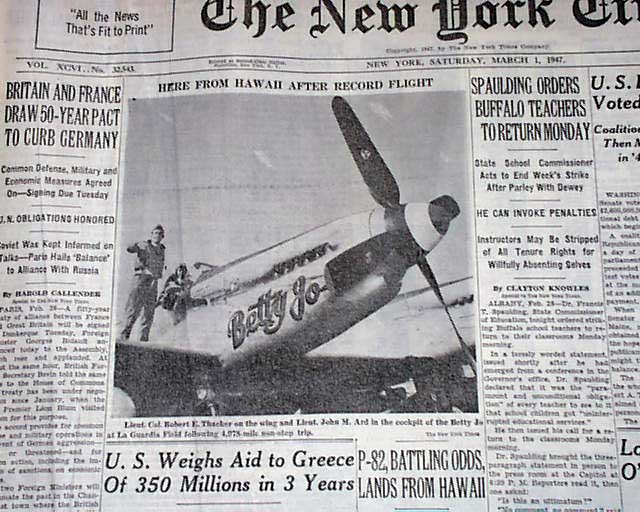 The top of the front page has a three column photo with heading: "Here From Hawaii After Record Flight" with subheads. First report coverage continues on page 3 with another photo. See below for description of this aviation event.
Complete with all 32 pages, rag edition a little creasing on the front pages, nice condition.