Home > Back to Search Results > Salaries for federal employees...
Click image to enlarge 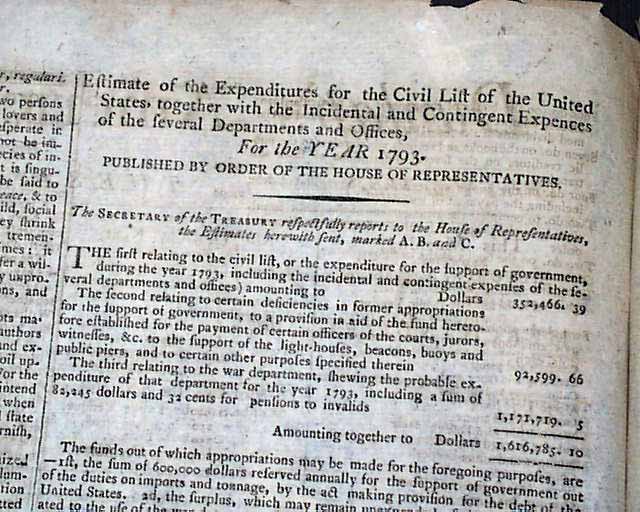 
DUNLAP'S AMERICAN DAILY ADVERTISER, Philadelphia, Nov. 27, 1792  The front page features 24 illustrated ship advertisements (see). Inside has 4 columns taken up with a lengthy chart of the: "Estimate of the Expenditures for the Civil List of the United States..." for the year 1793 which notes the salaries for a vast number of employees beginning with the President, Vice President, judges, and everyone else (see for portions). It includes a letter signed in type by: Alexander Hamilton, and is continued in a future issue.
Four pages, very nice condition.