Home > Back to Search Results > Thomas Jefferson when Secretary of State....
Click image to enlarge 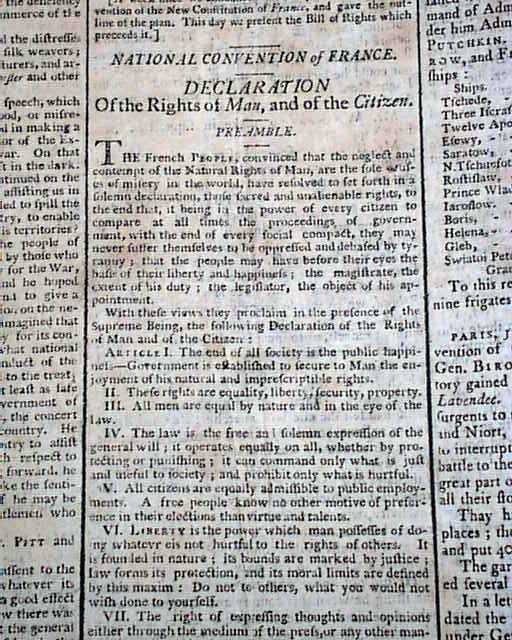 Thomas Jefferson when Secretary of State....

Page 2 has a "Circular" concerning "...the unjustifiable vexation and spoliation committed on our merchant vessels by the privateers of the powers at war..." and stating that due attention will be given to the matter, signed in type: TH: Jefferson. Uncommon to have a document from Jefferson when he was Sec. of State.
Other items include: "Proceedings relative to The President's Proclamation of Neutrality" "Needless Exposition" and from the National Convention of France the: "Declaration of the Rights of Many and of the Citizens".
Four pages, never-trimmed margins, a few archival mends at edges & an old repair to the back page.