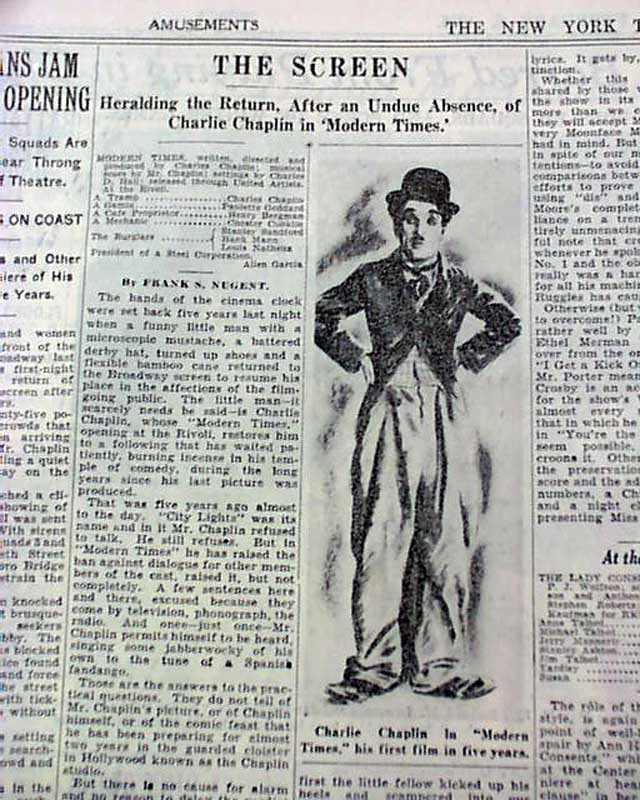 An inside page has the a review of the "new" film "Modern Times", considered by many as Chaplin;'s greatest film. The two column heading under "The Screen" reads: "Heralding the Return, After an Undue Absence, of Charlie Chaplin in 'Modern Times'" with caricature of Chaplin. (see) Also a one column heading: "CHAPLIN FANS JAM BLOCK AT OPENING" with subheads. (see) The same page also has a opening day advertisements as well. (see)
Other news, sports and advertisements of the day. Complete in 42 pages, this is the rare rag edition that was produced on very high quality newsprint, with a high percentage of cotton & linen content, allowing the issues to remain very white & sturdy into the present. Given the subscription cost, libraries & institutions rather than individuals were the primary subscribers of these high-quality editions. Very nice condition.